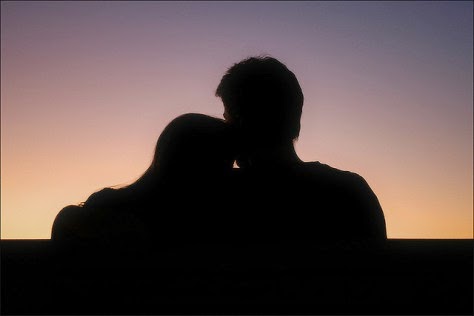 The sun sank below the hills and Caitlin snuggled in closer, seeking Norman’s body heat as the temperature began to drop.

“I like that, sweetness,” he said, shifting a little nearer and wrapping his jacket around her. “In fact, I love it.”

The world stopped for a moment and Caitlin waited for him to say it. Expecting those three words she’d longed for for so long.

The two of them had only known each other for a short time, quickly jumping over the embarrassing coyness stage into full-on romance. But Norman had stopped there, digging his heels in and seeming to be unwilling to take the next step.

“You’ve become my world, you know that?” Caitlin nestled under his arm, looking up at the line of his jaw and drawing in a quick breath of his scent. “In fact, I don’t know what I’d do without you now.”

Norman grew quiet, his body tensing and his breaths becoming shallower and more controlled. Caitlin studied him closely, waiting for a reply; needing him to give her something more than he had so far. She cursed herself. Had she done it now? Had she pushed him too far too soon? Was this the beginning of the end? It was all her own fault for rushing him. If only he hadn’t mentioned love. What was a girl to think when they were in-close and her guy mentioned ‘that’ word?

Everything stopped. Except for her heart, which was threatening to push it’s way up through her suddenly-tight throat, and her thoughts which were racing away with her, making her throat and her heart even more of an issue. Her future began to collapse in on her and her hopes withered and died; her ‘happy-ever-after’ becoming a lonely attic shared with her even-older mother, the two of them identically wrinkled and dressed in matching pj’s. This was it. Lord, take me now. My life is over.

“I feel the same,” he replied, curling his arm more tightly around her and leaning in for a kiss. “Maybe we should move in together and see how it goes? See how we work out when we share the same roof. When you can’t help but see me in my scruffs. See my unguarded side.” He smiled, his cheeks dimpling. “Maybe you’ll change your mind when you see all I am?”

Caitlin released the breath she’d been holding. “Never,” she said.