I'm a clairvoyant - but I can't see any future in it! 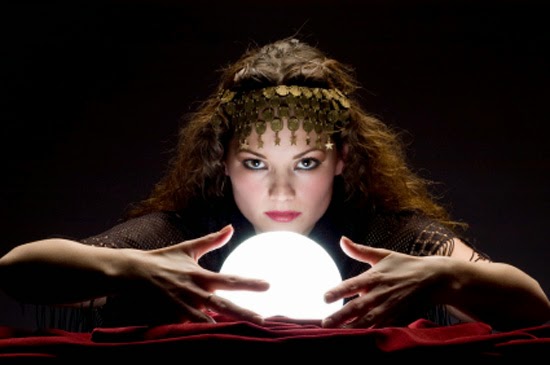 “I can see you working in retail. Maybe clothing. I’m thinking that you possibly manage or own a boutique.”

The well-dressed woman with the glass of champagne nodded, her over-sized Patek Phillipe shifting down her wrist. “That’s amazing,” she gushed. “Can you tell me anything else? Anything personal?”

I focused on the end of my nose, adopting what I thought might look like a ‘between the worlds’ look. “I can see that you’re married and I’m getting that your lover is younger than you. Maybe ten, fifteen years younger. You met him at the sports club, I think.”

“Yes. Yes. Yes. Anything else? Anything spicy?” She grinned wolfishly, her eyes full of mischief. “Anything that I wouldn’t want anyone else to know?”

I matched her expression, pushing my luck a little further. “What, other than the fact that you’re dissatisfied with your husband’s bed-room technique and your lover’s your toy-boy? How much more do you want me to share here in mixed company? Eh?”

The babble of conversation dipped for a moment and for most of the last comment I was the only one speaking loudly, the words causing a number of heads to turn toward us. The boutique-owner blushed, twisting her wedding ring on her finger for a moment. She looked quickly around, trying to assess the make-up of the crowd near us. “I’d be very interested to speak with you later,” she murmured, moving in close. “I’d like to give you my card, if I may.”

I palmed the oblong, pushing it into my purse and stepped back, wanting to distance myself from her.

And bumped into a man, standing directly behind me.

“I’m so sorry,” we both chorused, laughing at the comedy of it.

“But I’m even more sorry,” the man continued, taking advantage of the lag of my hesitation, while I thought back to when I’d bought the blouse and how much it’d cost me. He shook his head mournfully. “That’s silk too. That’s never gonna come out.”

“I know,” I wailed, deliberately overplaying it. “And the white wine trick doesn’t work too. It’s ruined. And it was such a favourite too!” I jammed my lower lip out and scrunched my eyes up, willing tears to come. And they did - it’d cost me almost £300 less than a month ago and it’d been only the second time I’d worn it.

The man stood back, his face crumpling when he saw my mood collapse. “I’ve got to make it up to you,” he said. He took me by the upper arm, steering me to the bathroom with one hand and loosening his jacket with the other. “Maybe if let you use my shirt, it’d keep you decent. I can wear my jacket buttoned until I get home. It’d be the least I could do.” He looped an arm around me, pulling me close until I could feel his upper body hard against me.

I shivered, feeling suddenly afraid. I just wanted to get home now and this man was giving me the worst sort of messages.

“I’ve got something at home that can help me salvage this,” I said, pulling away. “I’ll just grab one of the cabs waiting outside. No need to worry yourself.”
But the guy was persistent. He ducked behind the visitors’ coat-rail, shucked off his jacket and shirt and came back out, handing me his shirt while he slipped his jacket back on. And then he ushered me into the bathroom. What could I do but comply?

Of course he was still waiting when I came out again. His jacket buttoned-up and looking lumpy on him. And it didn’t stop there. A few minutes later we were both giving our addresses to the cab driver - his only a few blocks from the one I gave - and I knew he was gonna be a difficult guy to shake.

We’d only gone a few blocks when he began to open up, telling me he was called Caine - with an ‘e’ - and saying that he’d enjoyed my act. If it’d been an act, that is.

“It was a fluke,” I said, shrugging. “Just a run of lucky guesses. No more than that.”

Caine looked at me with a determined look on his face. Rather like he was trying to memorise my face or gauge the veracity of my answers.

And then I remembered the blocky feel of his ribs against mine.

“Madam? We’re here. The cab-ride is free. The Holdens paid me for the night.” The driver opened the window between him and us and grinned expectantly.

“Thanks, mister.” I dug in my purse and handed him a ten pound note, nodding amiably. “And Caine,” I said, slipping out a business card. “This is where I work. If you like you can come by and I’ll give you your shirt back. It’s not the best fit for me, you know?”

I waited until the taxi was out of sight and then waited another couple of minutes before ringing for another cab. I was alone. It was dark. And I was almost three miles away from home. But I still felt safer than I’d felt before. When I was riding in a cab with a man with a gun - and he thought I could read his mind.

I just hoped he wasn't going to be pissed when he got to that lady's boutique.

http://writingroom101.wordpress.com/writing-room/wr101-prompt-series/30-days-of-june/
Posted by Mark A Morris at 20:31